We sat down with Arthur and Joan, two people who live with Charles Bonnet Syndrome (CBS), and discussed their experiences and advice for coping with the condition.

Before we get in to their stories, let’s start with a quick outline of CBS.

What is Charles Bonnet Syndrome?

In short, it causes people to experience various different types of visual hallucinations like people, cartoons, animals, or patterns, and it can happen to anyone who loses a significant amount of their sight.

No one really knows why some people get it while others don’t, but what we do know is that there are many people out there who do live with CBS (up to 60% of people with a visual impairment) so we decided to give you a glimpse of how it’s affected their lives. 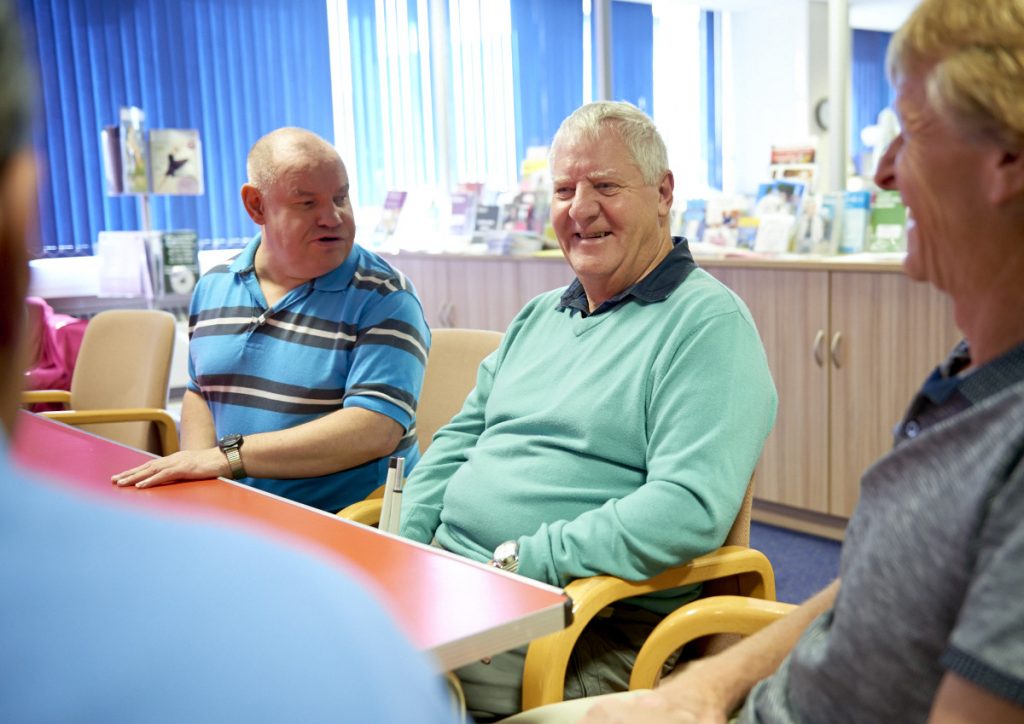 How it all began for Arthur and Joan

Arthur and Joan are registered severely sight impaired, and they both started getting CBS hallucinations around six years ago. Initially, they hallucinated people and faces, which was very confusing and unnerving.

"The image of someone I knew well appeared in front of me, and, over the course of around a minute, they got older and older. Their clothes aged too, and I could see the styles change in front of me. They’d go right back to what I’d call prehistoric and then just crumble and disappear, before the whole cycle started again." 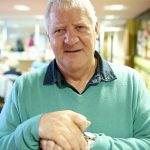 Despite how this might sound, having CBS is very common. So, what’s causing it? Well, there’s an area of your brain that deals with your vision, and if it suddenly stops getting input from your eyes, it can get hyperactive. If this happens, it can start sending signals about things that aren’t there, which can lead to hallucinations like the ones Joan and Arthur have experienced.

Unfortunately most people with CBS aren’t aware of the condition before they start developing their symptoms, so they naturally start to question their mental health. This is exactly what Arthur and Joan went through six years ago, so you won’t be surprised to hear that they both found it extremely frightening.

How did they react?

Many people with CBS are so worried about discussing their symptoms that they keep their experiences to themselves. Thankfully, Joan and Arthur did talk about what was happening to them.

“My saviour – John, my centre worker – helped me get where I am now, ” Joan said. “I told him how poorly I’d been sleeping and he said it’s CBS. It was a relief for me as it was really frightening before I knew what it was, but it’s not frightening anymore; I’ve just got used to it.”

“When I was first told about it, it took me a few days to actually get to grips with it,” Arthur says, “and it was a couple of weeks before I became ‘comfortable’ with it – in the sense that it didn’t frighten me. But, right from the start, being told I wasn’t losing my mind made a tremendous difference straight away.

“I went from being frightened and worried about what was happening to me to a state of acceptance – in as far as I accepted the fact that I’d lost my vision. There’s a process you go through, and, at the beginning, you accept that nothing’s going to change and you’ve just got to work out how to live with it.”

What happened next, and how have they coped?

Although both Joan and Arthur still have nearly constant symptoms six years on, they’ve developed coping strategies that have reduced the impact they have on their lives. In fact, for Arthur, these strategies have actually stopped the more invasive and graphic hallucinations of people and faces altogether, and now he’s left only with a constant background pattern in the centre of his vision.

For Joan, little has changed over the years in terms of content, but the fact that she’s now able to combat the symptoms has helped her no end. 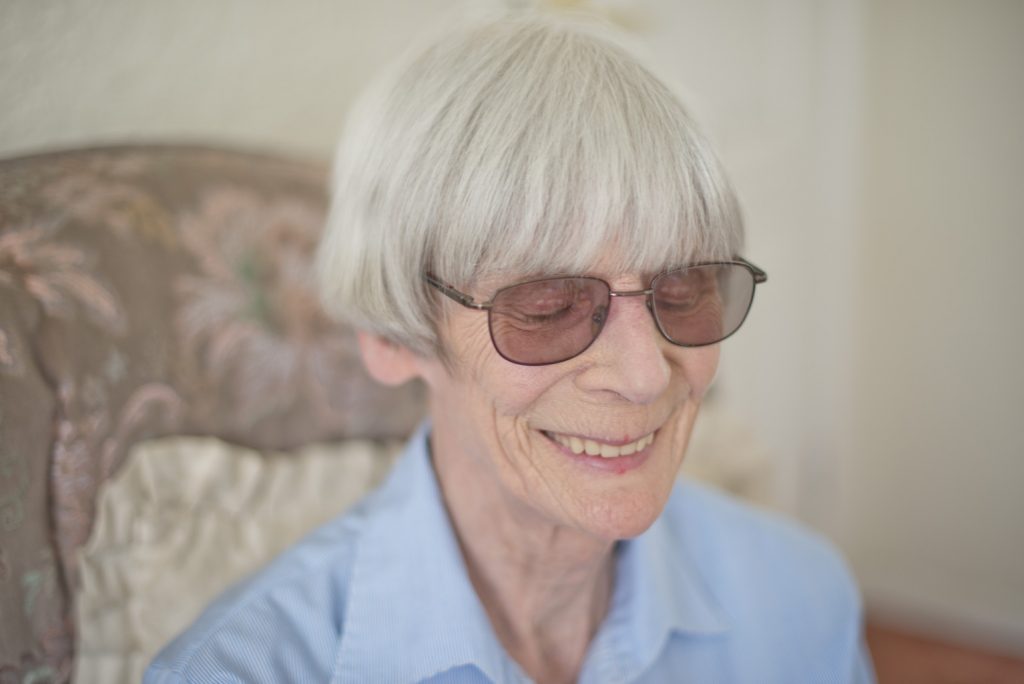 How do they combat CBS, and what advice would they give?

“You never fully accept it, but talking about it will help you to tolerate it. You have to remember that you’re not on your own; other people have it. It can really help knowing that someone else is going through this same thing.” – Joan

(2) Don’t be afraid to get medical advice

“Don’t worry about it and just go get your eyes tested to see if it is actually CBS. It’s not damaging or detrimental to your health, and there are much worse things that can happen, so don’t make an assumption and get that medical assessment. That way, you make sure that it’s nothing else; it all adds to reassuring you and helping you to cope.” – Arthur

“If your mind’s not active, you suffer. If I get bored and drift off in a meeting, I might see devils’ heads all over the wall or something like that.” – Joan

“If I’m not keeping my mind busy, it starts to create its own signals, but, if I occupy my mind with something else, the hallucinations seem to disappear. This makes sense: the more you occupy your mind, the less it’s going to dwell on something that you’re trying to avoid – it’s all about deflection really.” – Arthur

(4) Move your eyes and head around

“The more I’m moving my head and my eyes round, the less I’m focusing on a single point. In general, I don’t get any of the more serious symptoms when I’m doing this.” – Arthur

"You’re not on your own; other people have it. " 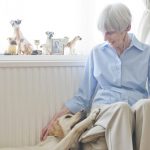 Neither Arthur nor Joan had ever heard of CBS before they developed their symptoms, so they had no idea that they might suddenly start hallucinating. Imagine how scary that must have been when it first happened.

They both agree that the worst part was the initial fear that it could something much worse, and, for many people, this fear could be stopping them from talking about what’s happening to them altogether, which would make it far worse in the long run.

If Joan and Arthur knew what CBS was, it could have saved them from a lot of stress and worry. CBS is at its scariest when we let it catch us off our guard, so make sure you talk to others about your experiences, or help to spread the word for others. 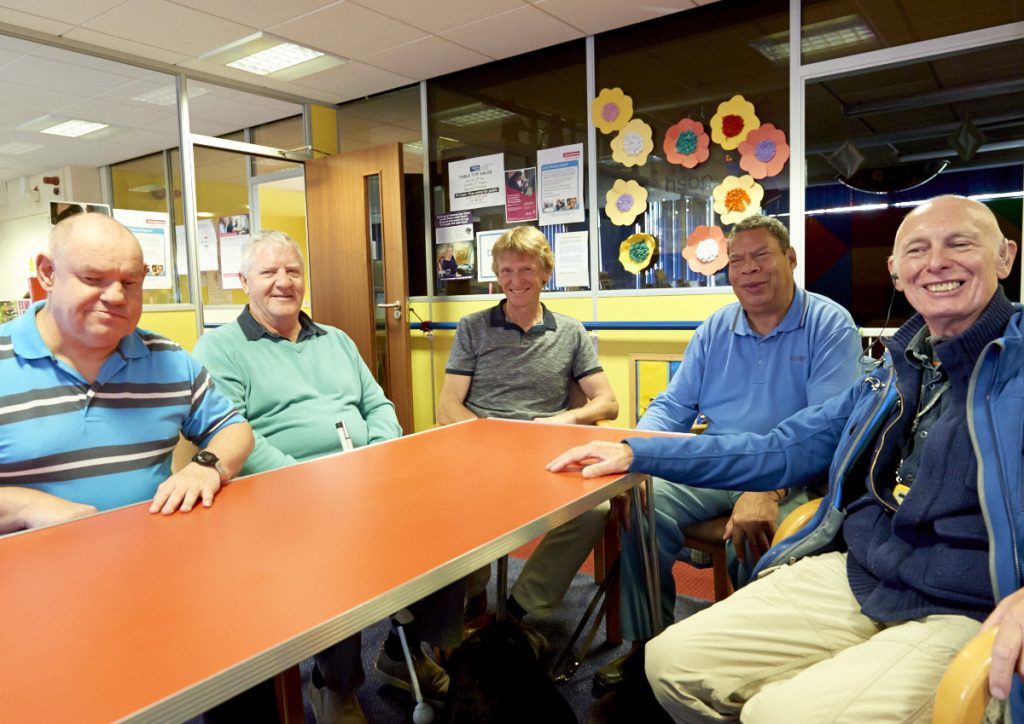 If you’ve experienced Charles Bonnet Syndrome and would like some support, or would just like more information or advice, get in touch with the First Step team on 0300 222 5555.

Jack
Jack is a volunteer for Henshaws marketing team at our Manchester office. He studied English Language and Linguistics, and is a big Newcastle fan.
More blogs like this
Charles Bonnet Syndrome, top tips