“I was a person that always said ‘I can’t do that’, but now I’ll give everything a go!”

Today is World Sight Day – an international day held every year to bring global awareness and attention on blindness and sight loss. At Henshaws, we see people every day achieving more than they believed they could and going beyond expectations, and in celebration of the day, we’ve been sharing stories showing how sight loss shouldn’t stop you doing what you love. 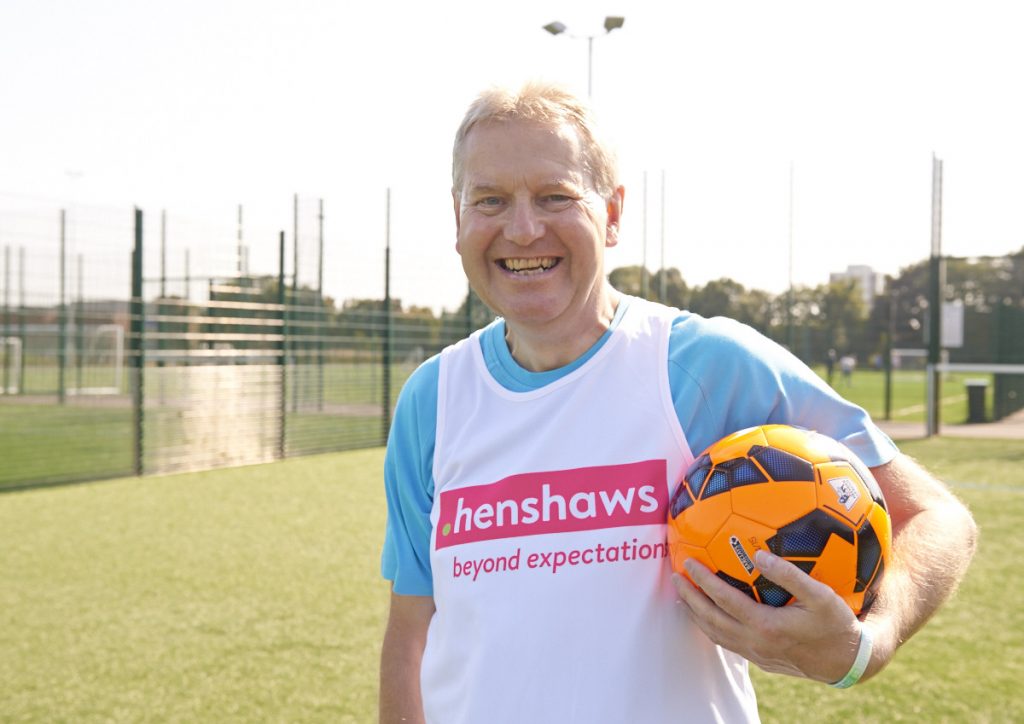 Alan from Newcastle was at a loose end when he was diagnosed with sight loss, but football became an invaluable part of his life after being reintroduced to sports by Newcastle Community Service Development Officer Philippa. He shares with us his story:

“I was first registered partially sighted in 1987 due to optic nerve damage after surgery failed to correct my lazy eye. When I was first diagnosed I wasn’t in contact with anybody and I went right downhill. I went into depression because I wasn’t coping with it. You just think ‘well, what do I do?’

I found Henshaws through Newcastle social services around 2005. I came to them saying “Look, I’ve got to do something. I need something to do because I’m bored stiff sitting in the house. And they said, “have you heard of Henshaws?” I said no and gave them a ring. They went through what Henshaws could do for me, and I was interested in doing the Skillstep course.

As part of Skillstep, Philippa got me on to a work placement as a fitness instructor in a gym near me which I really enjoyed doing. Getting involved with sports has helped me dramatically. It’s given me a lot more confidence in myself. I do things now – I was a person that always said ‘I can’t do that’, and it was Philippa who said ‘you can do anything.’ I’m a lot more open now than I was. I’ll now always try new things now – if I can’t do it, then I can’t do it, but I’ll give everything a go! 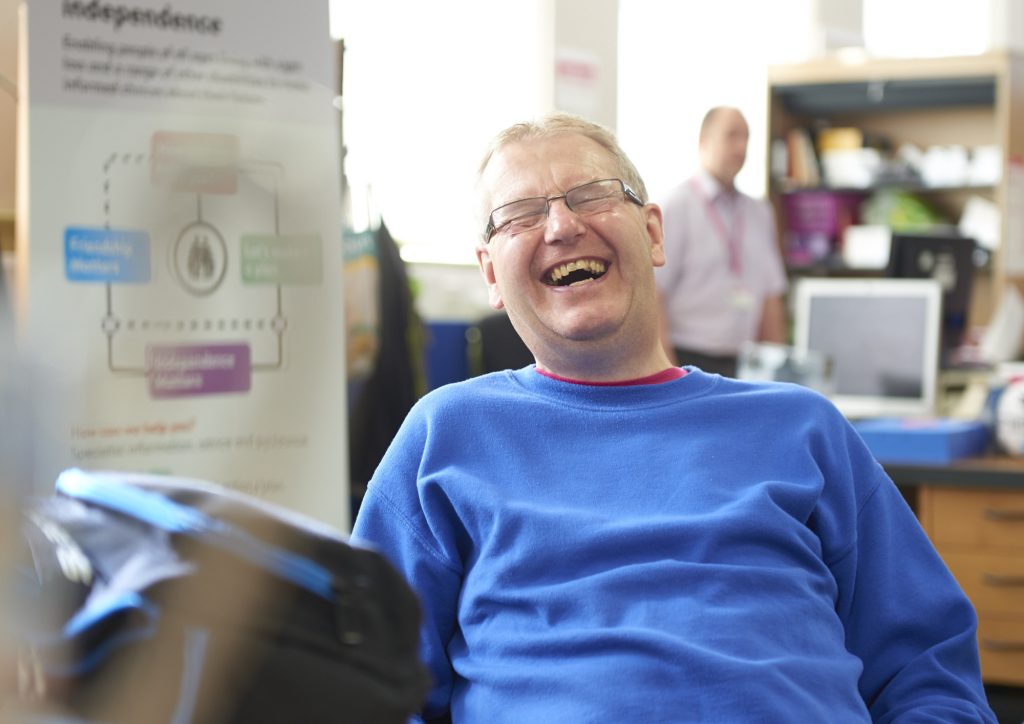 I’ve met different people here who understand and you can talk to them and they’re all in the same boat as you. I don’t know what I would have done without Henshaws. Probably stuck in the house, doing nothing. I don’t want to be in the house now. I always want to come into Henshaws, even if it’s just for a chat or to have a cup of coffee and go. Everyone has open arms about everything.

I love helping people and I love sports so I’ll carry on doing it and doing as much as I can.”

Alan is part of the Henshaws FA League, which has won two local tournaments this year. In July, the team travelled to Belfast for the George Best Cup, where 500 players from 70 Disability Football Clubs throughout the UK and Ireland came together to compete. After two hard days of competition, with the team playing 11 games, Henshaws Football League won! A huge congratulations to Alan and the team for their fantastic victory and going beyond expectations.

Sight loss certainly doesn’t mean you can’t get involved with sports. We offer a number of different sports groups and courses in our community centres, which you can find out more about on our page or by contacting our First Step team on 0300 222 5555.