Video-on-demand services: How accessible are they?

With the increase in availability of on-demand access to TV shows and films, the way in which we watch TV is changing. How accessible is TV on-demand if you have a visual impairment? Find out as we review some of the most known video on-demand services, focusing on how accessible the apps and websites are and the provision of audio description (AD).

BBC iPlayer hosts all of the BBC’s programmes from all BBC channels, as well as online exclusives. BBC iPlayer can be accessed through its website and through smartphone and tablet apps.

The BBC is committed to accessibility for visually impaired people through the inclusion of audio described programmes, good contrast for buttons, keyboard access and screen reader support. 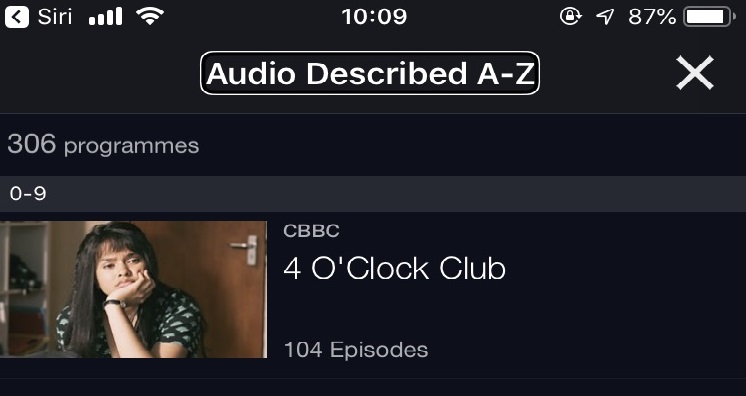 Despite these minor issues, the BBC’s provision of accessibility for visually impaired people is impressive and it is clear that the BBC are very committed to making their on-demand services accessible to all.

All 4 is the place to go to watch all of 4’s content, featuring the latest shows from Channel 4, More4 and E4 to hundreds of box sets of classic and new shows to exclusive originals. All 4 can be accessed through many platforms including via the website and through apps for all platforms including iOS and Android.

The All 4 app is accessible with screen readers making it easy to browse and search for programmes. The playback screen is also fully functional with a screen reader. Watching All 4 via the website is also accessible – the website can be accessed using a keyboard.

Despite some minor inaccessibility issues, it is clear that 4 are very committed to accessibility for people with a visual impairment and ensuring that accessibility information on their website is up-to-date.

ITV Hub is the home of ITV’s on-demand content, featuring the latest ITV shows, box sets and ITV Hub exclusives. The app and website are mostly accessible with screen readers. 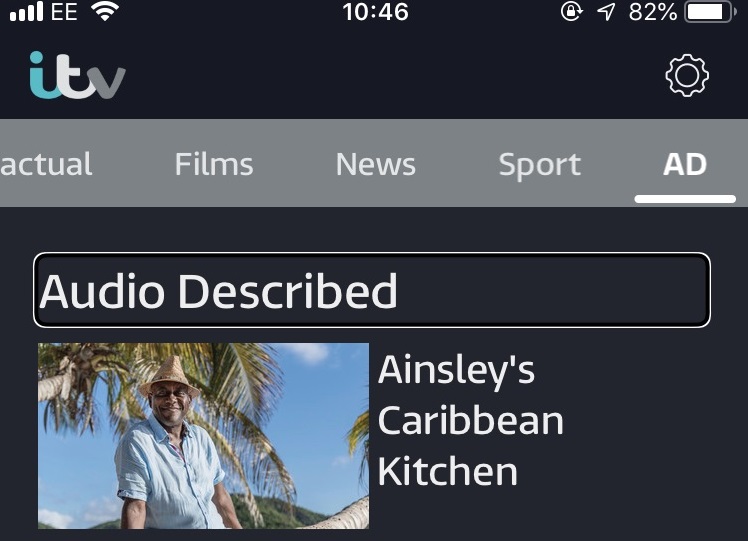 Like on BBC iPlayer, the only way to access audio described content is by browsing the Audio Described category. However, if you select a programme with multiple episodes, all episodes in the list will be audio described, not just the most recent episode. If you have VoiceOver activated, when you launch the ITV Hub, it launches with the list of audio described programmes so you do not need to navigate through different screens to find it.

One minor accessibility issue is that buttons are not clearly labelled in the ITV Hub media player on the website so you may have to use trial and error to start the playback of a programme.

Overall, ITV Hub have gone a long way to make their on-demand services accessible, but there are still improvements which could be made. However, the positives definitely outweigh the negatives and you can get a lot out of ITV Hub as a visually impaired person.

Netflix is a paid subscription-based service which allows you to watch a wide range of popular TV shows and movies, as well as an ever-increasing range of Netflix originals. Netflix is very committed to the accessibility of the website and apps – both the website and app are accessible with screen readers so you can browse categories, search for programmes and manage playback controls.

Despite improvements that could be made, Netflix are committed to their visually impaired customers meaning that visually impaired people can watch and discuss the latest Netflix series with their sighted family and friends.

Overall, Amazon are working hard to make their streaming service accessible to all and hopefully over time their provision of audio described content should increase.

Most video-on-demand providers are constantly improving their services to make them as accessible as possible to visually impaired people across all platforms. While there are areas for improvement, there are plenty of options available for watching video-on-demand as a visually impaired person, whether you want to watch the latest drama, enjoy a classic movie or engage in a documentary. Having a visual impairment should not stop you enjoying television and having conversations with your sighted family and friends about all those programmes that everyone’s watching.

Henshaws offers a range of services to support you to watch TV and perform many other tasks with technology as a visually impaired person. You can find details about these services by visiting our Digital Enablement page or by calling us on 0300 222 5555.